The Japan Tourism Agency announced that it would undertake promotion campaign of tourism to Japan at Le Mans 24 held in France from June 9 to 13 in corporation with famous racing driver, Mr. Yojiro Terada, also known as Mr. Le Mans.

Mr. Yojiro Terada started his challenge at Le Mans 1974 and had run on 29 occasions since then, during which he took class wins in 1983, 1988 and 1990. And in 2003, he was appointed the only foreign board member of ACO, organizer of 24 Hours of Le Mans for his lengthy participation in the race.

Mr. Terada visited Mr. Hiroshi Mizohata, the agency’s commissioner on June 6 before flying to France to talk about his enthusiasm for Le Mans 24 and passion for promoting tourism to Japan. He particularly stressed that, to promote tourism to Japan, it is necessary for us to communicate with foreign tourists favorably and positively, and the commissioner agreed to his opinion.

Mr. Terada will take every occasion beyond Le Mans to promote tourism to Japan, and the Japan Tourism Agency, in cooperation with Mr. Terada, will strive to challenge for promoting tourism to Japan. 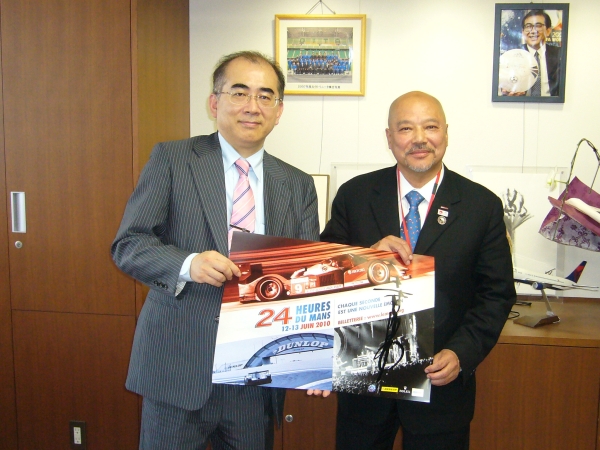 Mr.Yojiro Terada (right) and The Commissioner, Mr. Mizohata on a pledge to work together to promote Japan Tourism 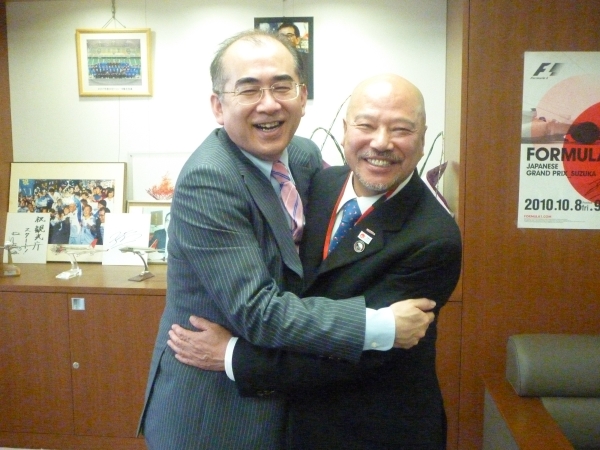 Mr. Yojiro Terada and The Commissioner, Mr, Mizohata in practice of friendly communication like the western people do.