We have reached agreement with the Japan Volleyball Association and Tokyo Broadcasting System Television, Inc.

The Japan Tourism Association has agreed to jointly implement tourism promotion activities with the organizations mentioned above by leveraging the opportunity afforded by the 2010 Women’s Volleyball World Championship scheduled to be held in various locations in Japan starting on October 29 (Friday) this year, with teams from 24 countries around the world participating. The World Championship is the largest event with the longest history and tradition in the world of volleyball, and is held once every four years. We will work together with the Japan Volleyball Association and Tokyo Broadcasting System Television, Inc. in order to publicize this major event to the world and promote inbound tourism to Japan! 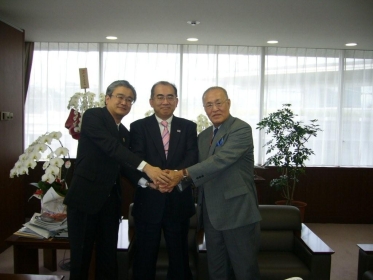