～ The article awarded the Grand Prix was decided from among a total of 685 items. ～

Today, the “Visit Japan Campaign - Japan’s Attractive Souvenir Contest 2010” was held under sponsorship of the Japan Tourism Agency, and based on the results of strict screening by the Screening Committee (including foreign members from key target countries and regions of VJC), the “Old Imari Ware pattern-painted, uniquely shaped wine cup (small)” (made by Shobido-Honten Co., Ltd. located in Saga Prefecture) was selected as the winner of the Grand Prix from among a total of 685 items.

For those items granted awards, a commendation ceremony is planned to be held in March, and then the articles will be displayed for sale during a certain period at Narita Airport, Kansai Airport, Chubu Airport, and Haneda Airport. 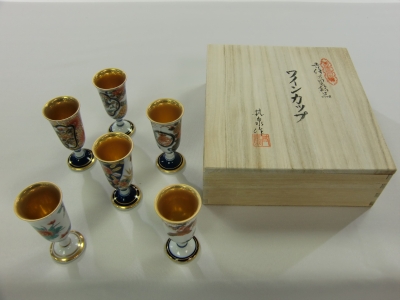