The Japan Tourism Agency appoints sports athletes (former players), who play an active role worldwide and nationwide as Sports Tourism Meisters in order to gain their cooperation for performing tourism promoting public relations with sports a core. The Agency is utilizing every opportunity and has been trying to promote sports tourism still further.
As its first move (July 8), the Agency appointed Mr. Yojiro Terata, a racing driver, Mr. Takumi Kohara, a Triathlete, and Mr. Philippe Troussier, a former representative manager of the Japanese national succor team, and as its second move (August 6), it appointed Mr. Kentaro Asahi and Ms. Seiko Urata, beach volleyball players, Mr. Ryuso Shinomiya, a free diving swimmer and Mr. Mitsuo Tsukahara, a gymnast. So far seven athletes have been appointed in all.
Now the Japan Tourism Agency has appointed Mr. Kenji Ogiwara, the "King of skiing," whose words have an overwhelming influence from the aspect of ski and snow resorts. These are attractive tourism items contributing to the expansion of inbounds centering on China and Korea.

Next year will be 100th year since skiing was introduced to .

I am pleased to have received a title of Sports Meister at this juncture as a person wishing to still further develop winter sports. As the representative of sport in Japan I intend to make my utmost effort in order to increase tourists on a big scale from home and abroad!! 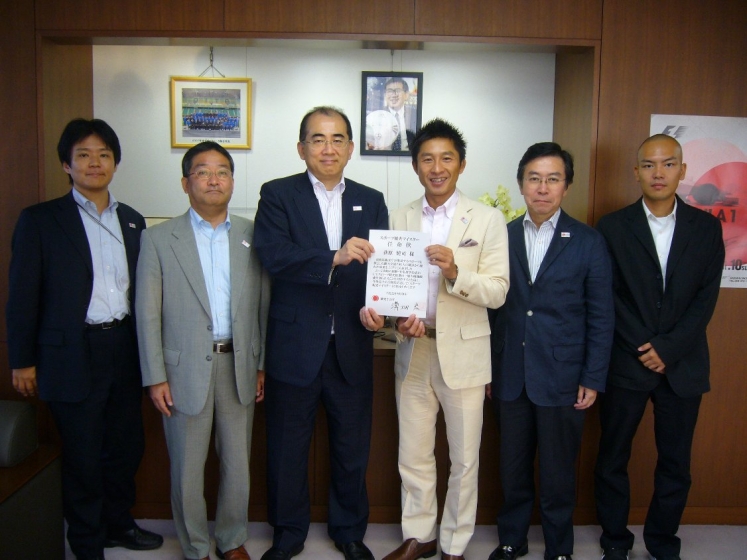