IMG’s Senior Vice President Jay Ogden paid a visit to the Agency on October 12; this visit culminated in an agreement with the Agency to cooperate in the 2011 World Figure Skating Championship in coming March. 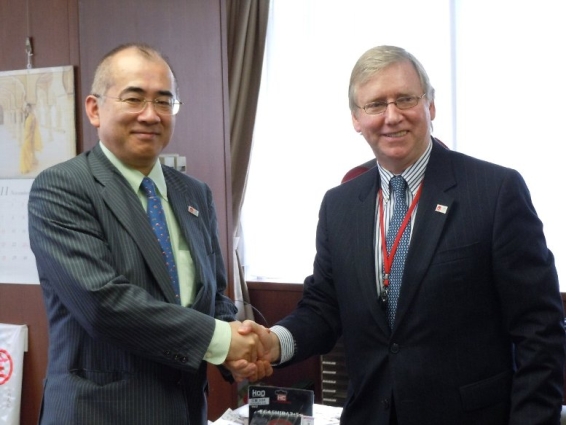 A scene of the meeting with all present
Return to Top