To Our Dear Friends 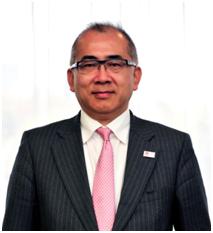 Six months have passed since the Great East Japan Earthquake occurred on March 11, 2011. The people of Japan are focusing their efforts on recovery after the earthquake, with reconstruction and restoration in progress steadily across the affected areas. In the Tohoku region, traditional festivals were held in early August as planned, and many tourists came to visit from all over the country.
We would like to extend our sincere appreciation for the warm support from people of all over the world during the aftermath of the earthquake. We will never forget your kindness.

In Japan, fall is just around the corner. Fall is a special season for Japanese tourism. There are a number of expressions with regard to fall, such as “fall of art” and “fall of appetite,” because you can enjoy fall colors in the mountains and in seasonal foods. It is also called “fall of sports.” As this word shows, F1 Grand Prix will be held at Suzuka Circuit and the Artistic Gymnastics World Championships in Tokyo in October, and at the FIVB Volleyball World Cup in various cities in Japan in November.

Your visit to Japan brings everyone, in particular the people in the affected areas, vigor for reconstruction. We are looking forward to expressing our appreciation for the support and cooperation given to us by all of you for reconstruction efforts.
I hope that you visit Japan during the fall season, and that you enjoy your “Endless Discovery” while you’re there.

Lastly, we would like to mention that there are many volunteer workers who currently support rehabilitation and reconstruction in the affected areas. In relation to this volunteerism, there were some foreign students studying in Japanese schools who wrote essays on their impressions of the volunteer work. The students wrote both in Japanese as well as in their native languages. I read a digest of those essays, and was moved by the friendship they showed to us. If you have the opportunity, I also recommend that you to read the essays, too.