This year marks the seventh time this Forum has been held and the first time it has been held in Japan. In addition to State Minister Ishii, this edition counted on the participation of more than 450 delegates from 30 countries alongside over 1,000 online participants from 125 countries over the two days of the event, including the World Tourism Organization (UNWTO), the Basque Culinary Center (BCC), government officials, and private businesses. 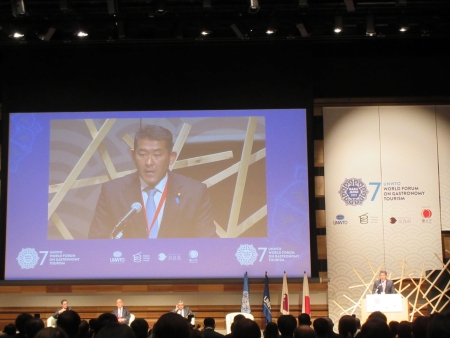