This section explains the Tourism Nation Promotion Basic Law, which was introduced as a House members’ bill in December 2006 and came into effect in January 2007. This law clearly positioned tourism, for the first time ever, as one of the pillars of Japanese policy in the 21st century.

Overview of the Law 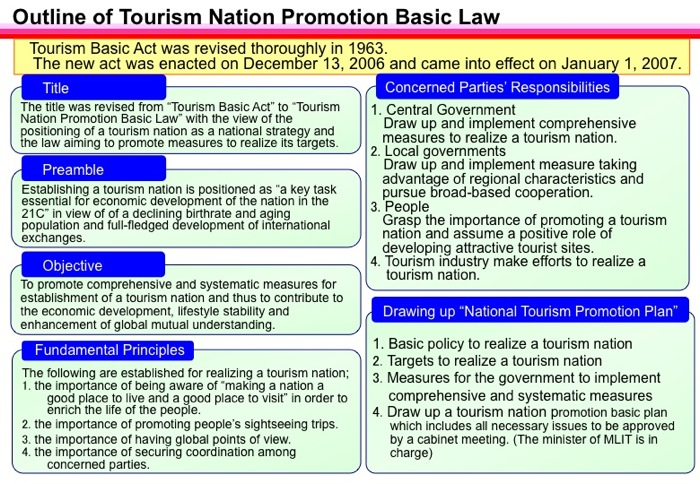